A while back I decided to do Vanilla Vodka, and that turned out decently. I figured it was only fair to branch out into cinnamon vodka. Sure, I could have cheaped out a just poured some ground cinnamon, but I didn't think that was fair to the audience. Instead I retrieved some sticks, and got to work. 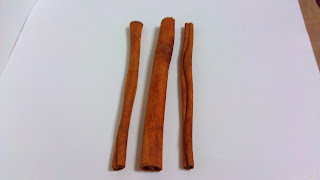 In case you haven't seen cinnamon before, here it is in its glory. Not too shabby, but if you're looking to bake with it, you need to do a little work. Likewise, for me to get this to work, by getting it to fit in my jar, I had to break it down to size. 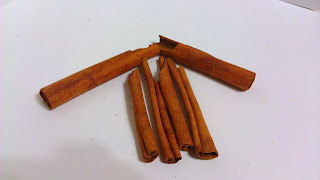 And so I snapped them in half like match sticks. 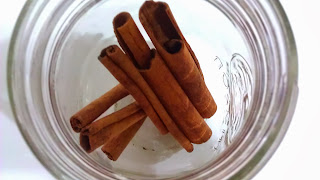 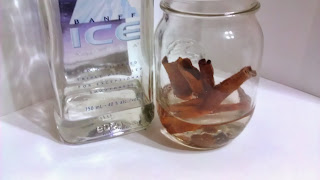 After that it was time to give them a bit of a bath, then come back to them later. 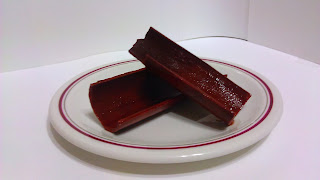 I waited a few weeks for it to dissolve, but of course it couldn't. Instead the vodka soaked its way up the sticks, and the whole lot was moistened. Even now the sticks were quite flavourful. It might be possible to infuse a second batch. 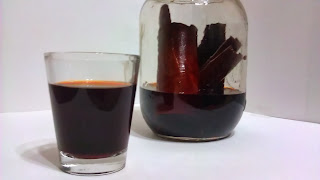 Bottoms up! This worked out decently. You could certainly taste the cinnamon. My issue was that it looked a bit darker than I would have liked. When I think of cinnamon, I just think of a red colour. Perhaps with more vodka we could have lightened it up a pinch. The flavour was over pouring as well. You certainly wouldn't taste a burn of alcohol, though the cinnamon taste would leave a dry taste in your mouth. It's like doing the cinnamon challenge. I will admit that you should probably mix this with something else, rather than just do shots.

Posted by Gordon Edward at 3:34 PM