As one of the great divides of Canada and the United States, certain things are not available in the others country. We don't have Vanilla Coke, and the US doesn't have things like Dill Pickle chips. Sometimes though they just need to change the name of the product, because it is already in use. The United States has Smarties, so in Canada they had to be renamed Rockets, because Smarties was already in use. 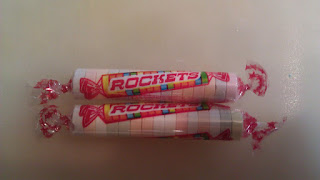 Interesting fact, I was going to have the logo look like rockets, but I have no artistic skill. 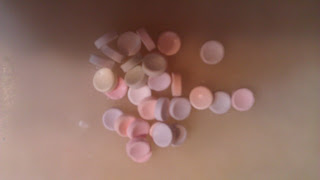 Of course we have to make them naked, so I got rid of the plastic. 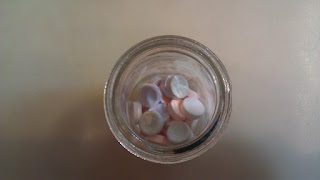 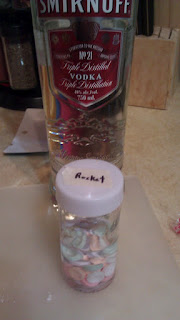 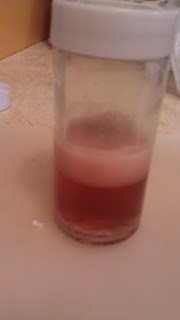 I waited a few days, since these were compacted disks of sugar. They hardly have any flavour either. 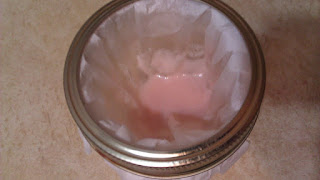 These certainly needed to be strained, otherwise what didn't dissolve would need to be chewed. 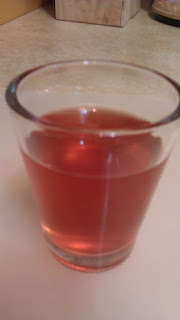 It's a sweeter drink for sure. The problem is that isn't really too much flavour to it. It certainly curbs the bite of the vodka, but not too much else.

Posted by Gordon Edward at 4:41 PM